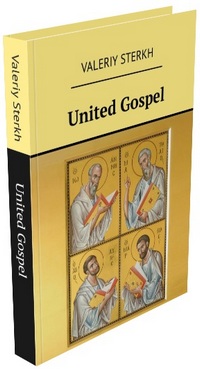 This work is an experiment in connecting the four canonical Gospels into one narrative. The content of the work consists only of words and phrases found in the four Gospels; consequently the resulting text is entirely assembled from the canonical Gospels of Matthew, Mark, Luke and John. Hence its name: «United Gospel».